This is one of the 108 Divyadesas of Lord Perumal and has the added reputation of being the birth place – Avatara Sthala of Mother Bhoomadevi.
Near to this temple Thirunageswaram Naganathar temple is situated.

Among 108 Divya desam, This sthalam had a no salt in prasatham for lords. This perumal had a seperate suprabatham like Thirupati Venkadachalapaty.

Lord Vishnu-Perumal came to Sage Markandeya on a Panguni (March-April) Tiruvonam star day seeking his daughter’s hand in marriage. The wedding took place on Aipasi (October-November) Tiruvonam Star day. Remembering this event, on Tiruvonam Star day each month, special pujas are performed with Aganda Deepa (big deepa) and Long deepa – Vaal deepa lighting. It is believed that Mother Mahalakshmi graces devotees from these lamps. This darshan is considered a lucky one by the devotees.

On Aavani Tiruvonam star day, Perumal grants darshan – Udaya Garuda Sevai. Then He bathes in the Nattaru River praised as Dakshina Ganga. Special pujas are performed after this event. The practice of soothsaying before the lamps is followed even these days.

The slogan uttered by Lord in His Gita Teaching “Maam Charanam Viraja” is written on His right hand pointing to His feet. This means “I take care of those surrendering to me”. Saint Thirumangai Azhwar had praised this Perumal as such. Perumal granted darshan to Azhwar in five forms – Tiruvinnagarapapan (in sanctum sanctorum), Ponnappan (procession deity), Maniappan and Ennappan in Prakara shrines and Muthappan. Of these, Muthappan shrine is not in existence. Discus and Conch are with the Lord in Maniappan shrine.

Nivedhanas are prepared in this temple without salt. It is believed that taking salted food into the temple is a sin. As Sage Markandeya, ever 16 in age, worshipped in this temple, special homas as longevity and Mrutyanja homas are performed in the temple. Ahora Pushkarini Theertha is revered high. Devotees can bathe in this thertha both in day and night.

Generally Mother Bhoomadevi is on the left side of Perumal. As Lord wedded her in this place, She has the right side here. Also, while offering his daughter to Perumal in marriage, Sage Markandeya took an undertaking from the Lord that He would not part with Her even for a moment. Accordingly, during all processions, Lord appears with Mother Bhoomadevi.

Mother Bhoomadevi expressed Her grievance to Lord Perumal that She had not the privilege of being in the chest of Lord though she too had all the dignity features of Mother Mahalakshmi and demanded that right for Her too. Lord replied that She would have that position as the daughter of a Maharshi Markandeya and that She would be known as Tiruthuzhai (Tulsi). Meantime, sage Markandeya was also performing penance to have Mahalakshmi as his daughter. He saw a little child Bhoomadevi having all the attributes of Mahalakshmi near a Tulsi plant. He was too happy to take the child and bring Her up. When She attained the marriageable age, Lord Vishnu in the guise of an old man called on the sage seeking his daughter in marriage. Sage simply turned down His request saying that his daughter was too young for Him and did not know even cooking with correct quantity of salt to be added to the preparations. Adamant Lord said that he would accept the food even without salt. Sage understood that the visitor was no other a person than Perumal Himself, was happy to give his beloved daughter to Him.

As Perumal accepted food without salt (Uppu in Tamil), He is praised as Uppili Appan and also as Oppili Appan as none equals Him. Oppili-no equal. Thus Tulasidevi-Bhooma devi came to stay on the chest of Lord in the form of Tulsi garlands offered by devotees in all Perumal temples. 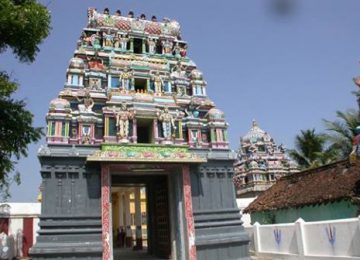 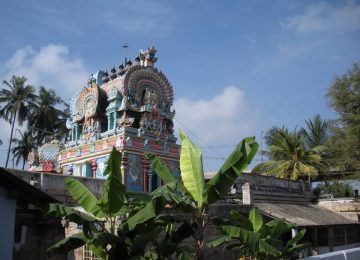