Krishnagiri is established in the acute south of Tamil Nadu. The district is popular for the production of “Mangoes” whole over the country. In 2004, Krishnagiri is formed as the 30th new district of state Tamilnadu. There are about twelve forts in this region and are acknowledged as Bara Mahal. These forts acts as the protectors of state Tamilnadu as it protect the state on southern edge.

The average elevation of Krishnagiri from the sea level is about 300 to 1400 m. The people of this region mostly communicate with each other in Tamil, Kannada and Telugu. The area is enveloped with mountains, valleys, sea cliffs. Number of tourists comes here to enjoy the calmness in the atmosphere, to take pleasure of the chillness present in the climate. Because of this chillness, this place is referred as “Little England”. Krishnagiri is enveloped by Vellore and Thiruvannamalai districts in the East, Karnataka in the west, Andhra Pradesh in the North, and Dharmapuri District in the south.

The word “Krishnagiri” comprises of two words “Krishna” and “Giri”. In which “Krishna” pass on to ‘black’ and the ‘Giri’ pass on to ‘hills’. Thereby the whole word Krishnagiri stands for Black Hill. This region of state Tamilnadu is full of black granite hillocks. Krishnagiri is named after Krishna Deva Raya who is the ruler of the district long ago.

Krishnagiri have archaic significances. Prior to 2004, this region was a division of Dharmapuri district. Because of growing population, increasing standard of education, economy Krishnagiri is established as a new district of state Tanmilnadu. Thiru. Mangat Ram Sharma is appointed as the First Collector of Krishnagiri. Archeological avidences proved the existence of locale of human for the period of Paleolithic, Neolithic and Mesolithic times. The central regions of ‘Krishnagiri district, “Hosur” and “Uthangarai” are acknowledged as “Eyil Nadu” and ‘Kowoor Nadu’ correspondingly. In the period of Chola empire, Krishnagiriis referred as ‘Nigarili Chola Mandlam’ and ‘Vidhugadhazhagi Nallur’.

Krishnagiri is too acknowledged as Adhiyaman nadu as ruled by Adhiyaman king. As per sources, this region was lined by Pallavas, Gangas, Nulambas, Cholas, Hoysalas, Vijaya Nagar kings, Bijapur Sultans. Krishnagiri acts as entrance of Tamil Nadu. Krishnagiri is the land of soldiers as a number of people lost their lives in the World War and in the nation freedom struggle.

Geography and weather of Krishnagiri

Krishnagiri is established in an area of 5143 km². The region is bordered by Vellore and Thiruvannamalai regions to the east, Karnataka to the west, Andhra Pradesh to the North and Dharmapuri to the south. The district is established amid 11° 12′ N and 12° 49′ N latitude, 77° 27′ E to 78° 38′ E longitude.

Krishnagiri is known for the production of Mangoes. Even the industries engaged in the work with Granite are also well established in the region. Hosur is the place which is well established in terms of industries. These industries are the main source of employment for the populace. Material produced in these industries are exported whole over the country. Thus, one can say that Krishnagiri plays a great role in the development of economic system of Tamilnadu. In terms of agricultural department, the region is a great producer of Paddy, Ragi, Sugarcane, Maize, Groundnut, Tamarind, Cotton. About 40% of the Ragi is produced in Krishnagiri in comparison with Tamilnadu. The Agricultural Research Centre of Tamilnadu is helping the populace to adopt the new techniques of nurturing.

Natural resources and flora and fauna of Krishnagiri:

Krishnagiri is the district of Tamilnadu covering an area of 5143km out of which 2,024 Sq. Kms area is covered by forests. There are mountain ranges in this region too and are acknowledges by the name of Melagiri. The most common forests in the district are Tropical, Deciduous forests, thorny shrubs and bamboo forest. Main uncultured amimals in the region are Elephants, Sambar, Deer, Gaur, Panther. Krishnagiri is a spectacular place for nature lovers. Number of birds resides in this region. Lakes of this place attract some of the birds such as Teals, Storks.Because of these natural resources, Krishnagiri establishes a number of factories and thereby number of people of the district and of the nearby places are employed. Thus, we can say that these resources are providing not only jobs to poors but also raising the economic standard by earning revenue as the products are exported outside the country too. 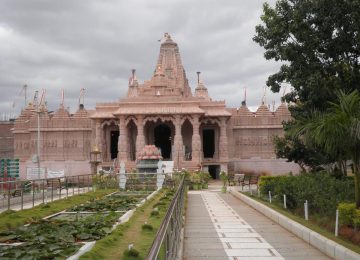