(Little long, but take 5 minutes to read this , this 5 minutes will change your perception – I promise you )

It takes a lot to overturn the accepted view of reality, but it doesn’t take a lot to begin. The accepted view of reality holds that human beings exist in the context of a vast physical universe. Sir John Eccles, a famous British neurologist and Nobel laureate, declared, “I want you to realize that there exists no color in the natural world, and no sound – nothing of this kind; no textures, no patterns, no beauty, no scent.”

What Eccles means is that all the qualities of Nature, from the luxurious scent of a rose to the sting of a Scorpion and the taste of honey, are produced by human beings.

Erwin Schrödinger, one of the main founders of quantum mechanics, said essentially the same thing when he declared that photons, quanta of light, have no colour, such properties arise in the biology of perception.

The so described Aatman (Soul) cannot be harmed by weapons – and since it is formless and shapeless – fire cannot burn it or destroy it. Water cannot wet it because water can only act on elements which have a physical description or dimension.

The five forces of nature which are capable of destroying physical elements by their combined actions have no influence on the aatman.
It has no taste , no colour, no self desire, can’t harm anyone.

Its the “Sunnya” (Zero) itself but the Brahmand (Infinite Universe) too.

That is why it is referred to as nitya or permanent or unchangeable. This permanence gives it the powers of omnipresence, omniscience and stability. It is this stability that gives it the quality of immovability and the aatman is called sanatana (hinduism is also referred to as sanatana dharma ). Sanatana literally means – that which is not created or destroyed – it belongs to time immemorial.

Since It is beyond the range of form or thought and the changes that affect the mind, life and body do not touch him. Forms may change; things may come and go but that which remains behind them all is for ever.

Those are remarkable statements, all the more because they are all-inclusive. The most distant galaxies billions of light years away, have no reality without you, because everything that makes any galaxy real— with the multitude of stars with their heat, emitted light, and masses, the positions of the distant galaxies in space and the velocity that carries each distant galaxy away at enormous speed—requires a human observer with a human nervous system. If no one existed to experience heat, light, mass, and so on, nothing could be real as we know it.

The story we keep telling ourselves depends on reality having a physical explanation, but it doesn’t. For example, we depend on sight to navigate through the world. No matter what you see – an apple, cloud, mountain, or tree -light bouncing off the object makes it visible, What makes seeing totally mysterious and can be described with few undeniable facts:

Photons, the quanta of light, are invisible. They aren’t bright, even though you see sunlight as bright.

The brain has essentially zero light inside it, being a dark mass of oatmeal-textured cells enveloped in a fluid that is somehow similar to sea water. (There are extremely faint traces of photon activity in the brain, but the optic nerve doesn’t transmit photons to the visual cortex.)
Because there is no light to speak off in the brain, there are no pictures or images, either. When you imagine the face of a loved one, no where in the brain does that face exist like a photograph. How do action potentials in neuron electric firings become conscious awareness, no one knows.

At present no one can explain how invisible photons being converted to chemical reactions and faint electrical impulses in the brain that easily creates the three-dimensional reality we all take for granted.

So something is going on in the brain but itself is mysterious.

The when you think on your past that’s mean there is the “Past” still exists in your brain, if it exists some where then its real. Actually Human Thought is considered as one of the most important Dimension that is a strong cause to make anything to Exist.

John Archibald Wheeler, the eminent American physicist, who originated the concept of a “participatory universe,” a cosmos in which all of us are embedded as co-creators, replacing the accepted universe “out there,” which is separate from us. In participatory universe, the observer and the thing observed are one. You are Seeing yourself without taking support of any other objects like mirror, photograph or any screen etc.

In Vedic text we often read the concept of “Advaitavad” means everything is the different form of one supreme being and also the word “Nothing” is not beyond of it.

Look, we know steam and water are not different, both are same but can make some bubbles that seems as distinct object. Right…???
As if you are in a square room made with mirror only and you are standing at the middle of this room, now if you look at anywhere, you can see infinite images of your body. You are many but one , but in “Advaitavad” or “Participatory Universe” The room , Mirror and You are not the different objects. You got my point….?

Little tough to imagine the concept.

You are one with the universe because you experience Nature in your awareness, and there is no other source for reality as we know it. If anything is Supremely Real that cannot enter human consciousness, we will never know it. Because we already are inside it we can’t gate out of it to perceive the reality.

How would we even know it.?

Even if we resort to abstract mathematics which might infer the existence of realities beyond our ability to sense them or measure them, we should realize that mathematics itself, It takes a mathematician to understand mathematics, here we are the mathematics ourselves.
To summarize, The universe we live in is a human construct, including everything in it.

Now I think you can perceive the essence of Vedic Text – Bramhand Purana – “You are the part of infinite Universe , the same Universe is within you” , as if There is a Room inside the same room , And the exit door of the room is the entrance of the another room looks like the same , and when your in the second room the first one does not exist. As the same the exit of the second room is the entrance of the third room, and when you’re in the third room there no other rooms exist at all….

All activity takes place in consciousness. If you want to point at where the stars are, there is no physical location, because consciousness isn’t a “thing.”

The brain isn’t the seat of consciousness but acts more like a radio receiver, and perhaps emitter, translating conscious activity into physical correlates. (The radio receiver metaphor describes the feedback loop between mind and brain, which are actually not separate but part of the same complementary activity in consciousness.)

To understand our true participation in the universe, we must learn much more about awareness and how it turns mind into matter and vice versa.
We know “Vishnu Purana” says the Universe is nothing but the Cosmic Divine Dream (“Yog-Nidra”) of Sri Vishnu, thats is Supreme Consciousness of Lord Vishnu. So everything is the part of the divine Consciousness that waving out one into many- many into infinity-Infinity to one in the frame of Maha Kaal (Absolute Time) – Mahamaya (the virtuality).

These are difficult truths for mainstream scientists to accept, and some would react to them with disbelief. But following the other track of explanation, beginning with physical objects “out there,” fails utterly to explain how we are conscious to begin with. That’s why, some physicists are beginning to talk about a Conscious Universe, Quantum Biology, where consciousness is a given throughout Nature. In fact, the founders of quantum mechanics a century ago agreed more with this view, having understood that quantum mechanics implies observation and agency of mind.

You don’t need to be a Physicist to understand this type of Classic Concept , by perceiving the saying of Bhagwat Gita, and the other Vedic text like Upanishad , Puranas, one can easily go through some of wonderful knowledge and can enjoy the various concepts that each one is enough strong in describing the essence of this Universe and human life. 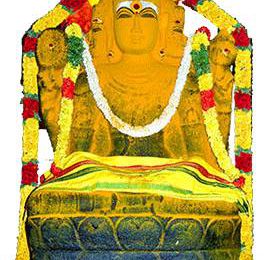 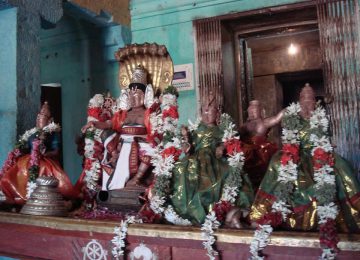